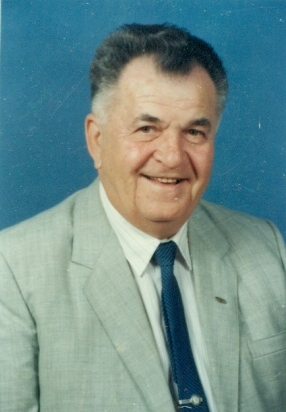 Professor Staniša A. Paunović, Principal Research Fellow, was born on 10 May 1925 in the village of Oreškovica, Municipality of Petrovac (Požarevac). He finished primary school and secondary school (Gymnasium) in Smederevo. From early 1944 to October 1945, he participated in World War Two. Then, he entered the Faculty of Agriculture and Forestry, Zemun as a student of the first postwar generation (1945/1946). During the study, he was appointed Demonstrator in Fruit Growing. He graduated from the Department of Fruit and Grapevine Growing in 1949.

On 1 Decembar 1949, he began working for the Fruit Growing and Processing Institute (now known as Fruit Research Institute) in Čačak, where he was engaged for 30 years at the Department of Pomology and Fruit Selection (1949–1979). At the beginning of his career (1954/1955), he completed a one-year specialisation course in Great Britain at the famous research institutions East Malling Research Station, Long Ashton Research Station andScottish Horticultural Research Institute. In January 1962, at the Faculty of Agriculture, Zemun, he defended his PhD thesis titled “Study on Some Factors of Seed Germination in Continental Fruit Crops, Specifically Focusing on the Effect of Stratification”. He attained all research ranks (including the highest rank of Principal Research Fellow) at the Fruit Research Institute, Čačak. He was Acting Director and, subsequently, Director of the Fruit Research Institute, Čačak from 1977 to 1979, when he managed to secure funding for the construction of a new Institute building. In 1961, he took up a post of Professor of Orchard Establishment and Fruit Crops at the College of Agriculture, Čačak. On 21 November 1979, he received tenure at the Faculty of Agronomy, Čačak as Professor of Fruit Crops, a position he held until his retirement in October 1990. He actively collaborated with the Department of Fruit and Grapevine Growing of the PKB Agroeconomic Research Institute, Belgrade from May 1982 as Principal Research Fellow, working one third of full-time hours on a contractual basis until retirement.

Professor Paunović, Principal Research Fellow dedicated his scientific and research work to the plum, apricot, peach and walnut. He published 184 research papers, 41 scientific papers, 19 research/scholarly papers, 10 monographs, 18 books and book chapters. Along with his other published works, reports, surveys and studies, the total number of his research and scholarly publications is over 400. The results of his work were often cited in both Serbia and abroad. He took part not only in national scientific events, but also in numerous international conferences in Great Britain, Poland, Czechoslovakia, Hungary, Israel, Belgium, Spain, Bulgaria, the USA, Libya, the Netherlands, Australia, the USSR, China, Italy, Germany, Turkey, Japan, Greece, etc. He delivered 13 keynote and invited lectures at international scientific meetings.

He was one of the most renowned researchers recognised for fruit breeding in Yugoslavia. At the Fruit Research Institute, as part of his research work, he created Collection Orchards of plums, apricots and peaches, with more than 500 cultivars.

Many of these cultivars and selections, particularly plum cvs. ‘Čačanska Rodna’ and ‘Čačanska Lepotica’ are successfully grown not only in Serbia, where they dominate plum orchards, but also in a great number of other European countries (Germany, Hungary, Bulgaria, the Czech Republic, Slovakia, Bosnia and Herzegovina, Montenegro, Croatia).

He made a large contribution to international scientific organisations, particularly the International Society for Horticultural Science  (ISHS). He was the first Chairman of the then formed Inernational Committee on Apricot and Apricot Apoplexy (1962), a poisition he held until his retirement in 1990. Under the auspices of ISHS, he organised 8 international  symposia (3rd and 4th International Symposium on Apricots and Apricot Culture, Lednice na Moravě, Czech Republic, 1966 and Subotica, Yugoslavia, 1968, respectively; 5th and 6th International Symposium on Apricot Culture and Decline, Madrid, Spain, 1973 and Yerevan, Armenia, 1977, respectively; 3rd Symposium on Plum Genetics, Breeding and Pomology, Čačak, Yugoslavia, 1977; 2nd International Workshop on Apricot Culture and Decline, XXII IHC, Davis,  USA, 1986). Also, under the auspices of ISHS, he chaired numerous meetings of the Working Group on Apricot. He was the representative of Serbia to the ISHS Council between 1968 and 1996 (Pisa, East Malling, Tel Aviv, Warsaw, Hannover, Canberra, Nyborg, Hamburg, Brussels, Ås, Davis, Birmingham, London, Florence).

Prof. Paunović was Chairman of the Working Group on all types of plum in Europe within FAO between 1983 and 1994, and a member of the Inernational Society for Plum Genetics, Selection and Pomology. Also, he was the representative of Serbia to the Coordination Body for Fruit Genetics and Selection for the Comecon countries and SFRY (from 1980). He was a member of the Editorial Board of the international journal Scientia Horticulturae (1972–1982), Wageningen, the Netherlands.

He was the Project Leader of a project on fruit growing and the Leading Coordinator for the investigation, collection and conservation of Yugoslav fruit genotypes towards the formation of the Yugoslav Fruit Gene Bank (1987).