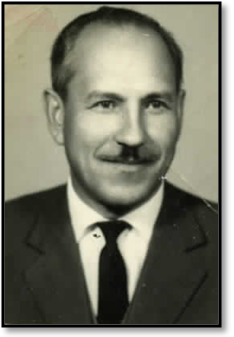 
Professor Asen Stančević, Principal Research Fellow, was born in 1915 in Lukavica, Dimitrovgrad. He graduated from the Faculty of Agriculture, Zemun, and received his PhD from the University of Zagreb. From 1948 onwards, he lived in Čačak, where he continued his research work at the Fruit Research Institute, and attained the highest research rank of Principal Research Fellow. At the Constituent Meeting of the Academic Council of the Faculty of Agronomy, Čačak, held on 21 November 1979, Prof. Stančević was appointed Vice-Chairman of the Council.

Dr Asen Stančević engaged in a range of activities, including science, research, teaching and training. For more than four decades, he was active in fruit crop improvement and, particularly, research work on fruit growing and breeding. The science of pomology has been enriched by the precious knowledge imparted in his numerous research papers. He studied a large number of fruit crops, and created four cultivars of pear, two cultivars of sweet cherry, one cultivar of quince, two cultivars of strawberry and one cultivar of sour cherry. His ‘Junsko Zlato’ is the earliest pear cultivar worldwide, and his sour cherry cultivar ‘Šumadinka’ is now cultivated on a large scale. The strawberry cultivars ‘Čačanska Rana’ and ‘Čačanska Krupna’ gained consumer trust a long time ago. The sweet cherry cultivar ‘Asenova Rana’ is well-known not only in Serbia, but also worldwide.
Dr Stančević published a large number of research papers, books, surveys and studies, including 120 research papers, 70 scientific papers and 898 articles in his field of research, 25 books, one monograph on pear, and numerous reports and projects on fruit production improvement and orchard establishment.
Moreover, Dr Stančević published more than 1000 articles as a correspondent for Politika, Tanjug and Borba news agencies, and wrote more than 250 reviews of papers and books for scientific journals. As early as 1935, he began his collaboration with agricultural journals, first with Težak (Labourer), and then wrote for numerous other journals, magazines and newspapers published all over the former Yugoslavia. He started writing for Politika in 1937, and for Borba, Čačanski Glas and other newspapers and magazines after 1945.
Dr Stančević was the founder of the Association of Fruit Growers of the Čačak Region, the first of its kind in Serbia. He was Editor-in-Chief of the journal Yugoslav Pomology, and the initiator of the monthly magazine Naše Selo (Our village) with a print run of 10,000 copies per issue. He delivered countless lectures and talks on fruit growing methods, thus translating scientific knowledge into practice. He gave lectures with such enthusiasm and directness that his contemporaries called him the Demosthenes of Serbia.