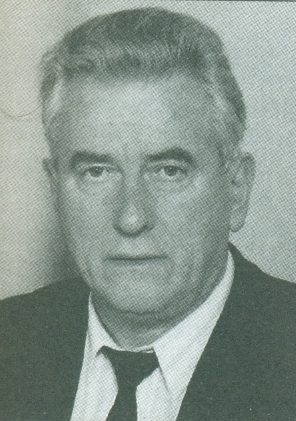 
Professor Dragoljub Maksimović, Principal Research Fellow, was born on 7 July 1936 in the village of Donja Crnuća, Municipality of Gornji Milanovac, Republic of Serbia. He finished primary school in Vraćevšnica, and secondary school (Gymnasium) in Gornji Milanovac in 1956. He graduated from the Faculty of Agriculture, Zemun in 1960. In 1969, he obtained a master’s degree from the Faculty of Agriculture, Zagreb, where he defended his PhD thesis titled “Inheritance of Cold Tolerance in Barley (Hordeum sativum Jessen)” in 1977.

Following his graduation, Prof. Maksimović became a Lead Agronomist in the production sector. From 1962 to 1996, he worked at the Small Grains Research Institute, Kragujevac as Head of the Department of Small Grains Selection and Genetics, аnd Director of the Institute for more than 12 years, starting from 1983. In 1996, he received tenure at the Faculty of Agriculture, Čačak as Professor of Field Crops, a position he held until his retirement in 2002.

Professor Maksimović, Principal Research Fellow, created 33 cultivars of barley and oats. He was the biggest name in Yugoslav science and practice in the field of malting barley selection and breeding. He created 27 cultivars of barley, including 17 cultivars of two-row spring barley (‘Kraguj’, ‘Biser’, ‘Zenit’, ‘Oplenac’, ‘Orijent’, ‘Astor’, ‘Galeb’, ‘Jastrebac’, ‘Dinarac’, ‘Dunavac’, ‘Dukat’, ‘Đerdan’, ‘Ukras’, ‘Horizont’, ‘Jadran’, ‘Dragulj’ and ‘Lider’) and 10 cultivars of winter barley (five cultivars of two-row winter barley: ‘Jagodinac’, ‘Rekord’, ‘Šampion’, ‘Gigant’ and ‘Maksa’, and five cultivars of six-row winter barley: ‘Kragujevački 73’, ‘Gružanin’ ‘Rudničanin’, ‘Partizan’ and ‘Grand’). Based on the results of his research on cold tolerance and resistance to cereal leaf beetle and the causal agent of powdery mildew, and drawing on the knowledge of the inheritance of these traits and their transmission to the hybrid progeny, Professor Maksimović created resistant cultivars characterised by grain yield potentials higher than 9 t/ha for spring barley and 11.5 t/ha for winter barley, and superb processing quality of both grain and brewing malt.

As the result of Prof. Maksimović’s highly successful selection work, barley and oat production in both Serbia and other European countries has significantly improved and expanded. Prof. Maksimović wrote a considerable number of scientific and research papers, studies, surveys, books and monographs.

For his tireless work and substantial public engagement, he was awarded the Order of National Merit with Silver Star, a considerable number of diplomas and certificates of merit and commendation, and two shock-worker award diplomas during his early years.