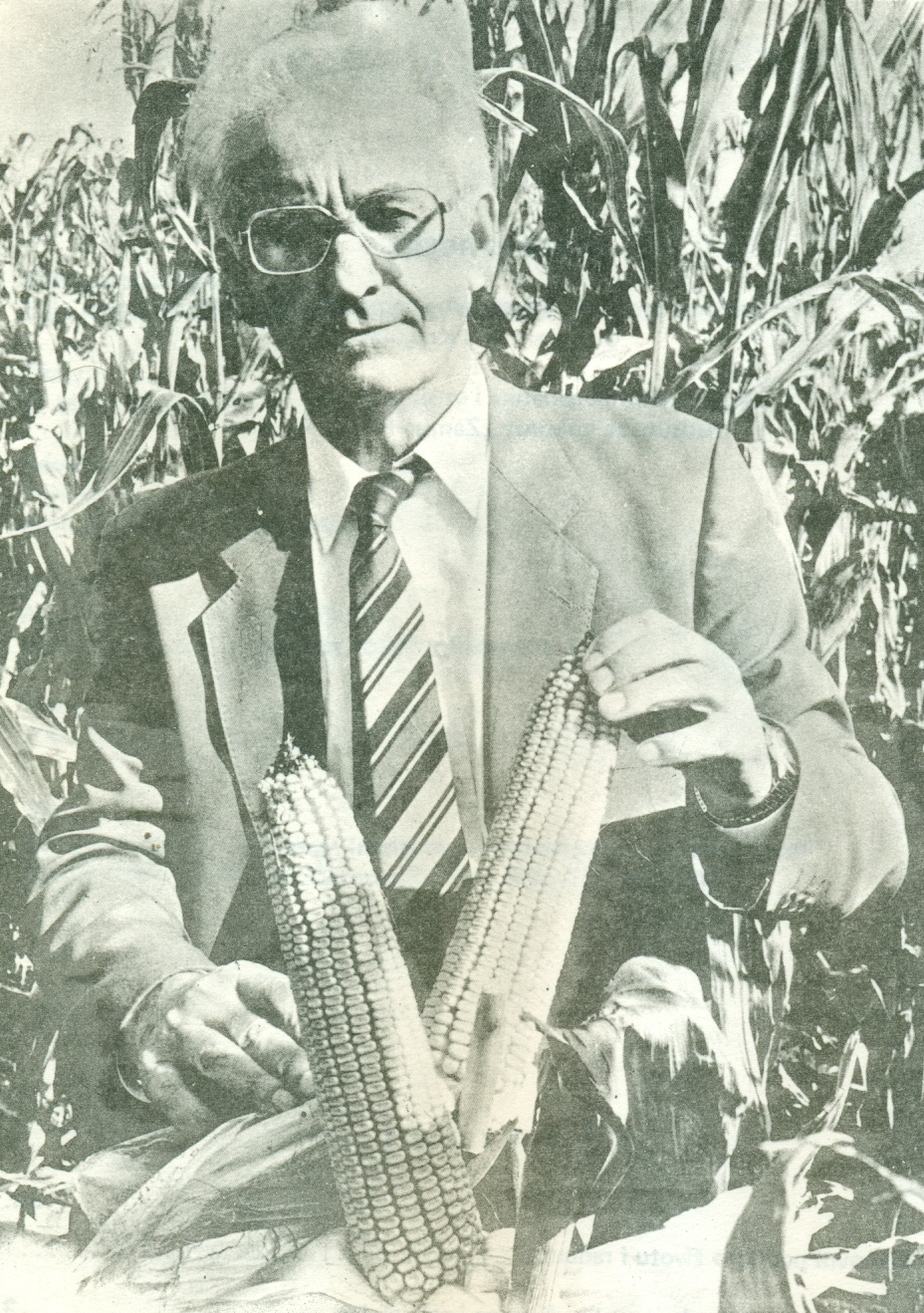 
Professor Krsto Rosić, Principal Research Fellow, was born on 18 January 1924 in the village of Rti, Municipality of Lučani, Republic of Serbia. He finished primary school in Kotraža and Rti, and secondary school in Užice and Valjevo. He was a fighter and partisan officer in World War II during 1941/42 and 1944/45. Between the two periods, he was captured and held in the Nedić-chetnik prison at Vijenac near Ivanjica and in the German Gestapo in Valjevo. He was demobilised to enrol at the Faculty of Agriculture, Zemun in 1945. As a third- and fourth-year student, he was appointed Demonstrator in Agroecology and Soil Science.

He graduated from the Faculty of Agriculture, Zemun, University of Belgrade in 1949. Through planned division of labour, he began working as a Junior Agronomist at the Commission for Agriculture of the Niš District, Niš in 1949. In 1950, as part of the recruitment process, he was transferred by the Serbian Ministry of Agriculture to the position of Head of the Department of Field Crops, Regional Institute of Agricultural Research, Peć. At the Institute, he worked on research topics related to field crop production and breeding. In 1951/52, he took specialised courses at the Faculty of Agriculture, University of Zagreb, and College of Agriculture, Department of Agronomy, University of Illinois, Urbana, USA. He received his PhD in 1957 from the Faculty of Agriculture, University of Zagreb. In the same year, he took up an appointment at the Plant Production and Breeding Institute (now known as Maize Research Institute, Zemun Polje), where he was continuously involved for more than 26 years in the genetics and creation of the now famous ZP maize hybrids. During the period, he attained all research ranks, including Research Associate (1958), Senior Research Associate (1965) and Principal Research Fellow (1974). As required by the job and for the purpose of international collaboration, he spent some time abroad either to pursue specialisation or as an expert i.e. on study trips to Iran, the USA, the USSR, Zambia, Bulgaria, Italy, Czechoslovakia, Argentina, Uruguay, Brazil, Mexico, Spain, Ethiopia, Poland, etc. In 1983, he received tenure at the Faculty of Agronomy, Čačak, University of Kragujevac as Professor of Field Crops, a position he held until his retirement in 1990.

For his contribution to social development and science, he received a large number of awards, prizes, diplomas, and certificates of merit, commendation and appreciation, some of which include: the Order of Courage of the 6th Proletarian Division of the 1st Army; Shock Worker Badge and the title of Shock Worker, Šamac–Sarajevo Youth Railway (1947); the Order of Labour with Gold Wreath for special merit and achievements in the field of agriculture; the Order of Labour with Red Flag for achievements of importance to the country’s development; 7th July Award of the Socialist Republic of Serbia (1965); Award for the intensive production and marketing of ZP SC 1A, ZP SC 704, ZP SC 701 and ZP SC 677 seeds from the Zemun Polje Institute and Hibrid d.d. Company Belgrade (1990); and the Certificates of Merit to a Deserving Member of the Association of Engineers and Technicians of Serbia (1968) and Yugoslavia (1983).